I'm so tired of fighting joints in Maya.  Joint orientation has got to be the most worthless working method ever devised.  End of story.
Posted by Barry Zundel on Thursday, November 29, 2012 1 comment: 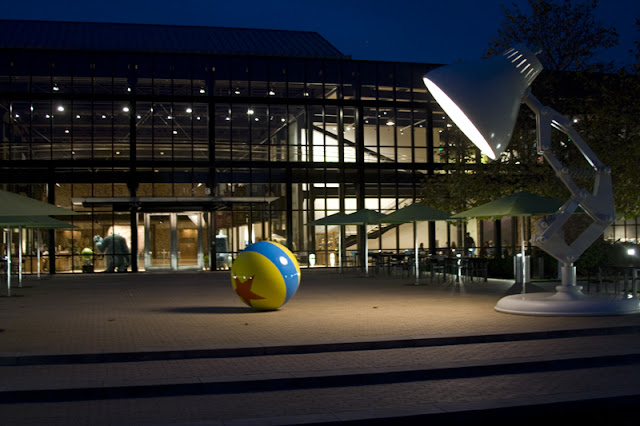 I never thought I would say it, but I will.  I am no longer a "Pixarian".  I guess I have been that way for a little over a week now, but I have made the transition, moved 600 miles north to my original home, and I am now a 3D Digital Design Lead at Nike in Beaverton, Oregon.

I really had no idea that I would ever leave Pixar.  Nor did I ever intend to.  When walking into the Main building at 1200 Park Avenue in Emeryville, I felt I had found the place that I wanted to die, where I wanted to end my career.  I felt that I had finally made it, and I could now get down to the nitty gritty of doing things the Pixar way for the rest of my working life.  But that was not to be.

It was an absolutely incredible time while I was there.  I can't even begin to describe the insane amounts of talent, ingenuity, and genius that are housed within that building - technically and artistically.  It really is magical.  Not because people float around on magic scooters, touching their computers with magic wands to create surreal imagery on the screen.  Not because they have all of the answers that no one else has seemed to figure out.  It is because of the tireless efforts, and sometimes insanely painful heroics, of each employee to pound through the wall of impossibility and make it possible.  To me, Pixar is not just about the movies they make, but about the people that make them.  I will genuinely miss those that I worked with.  They pushed me, challenged me, and inspired me.  But I look ahead with great anticipation at what lies in front of me.

Please pardon the rambling, but I'm going to get a bit philosophical here.

I know there are many artists out there that would give their non-mouse arm for a position at Pixar.  I would have.  When I have told them that I was leaving, they looked at me in utter disbelief.  They could not imagine how I could choose to leave.  Three years ago, I would have felt the same way.  Time has a funny way of changing your perspective, and helping you to see that sometimes what you see as your dreams are really just temporary fulfillment.  They aren't really what you REALLY want.  They are just what you want at that moment.  Sometimes you have to step back and reassess what your goals in life are, and where your current trajectory is taking you.  That's what I had to do, and I had to make the decision to correct my course.  Going to Pixar was absolutely the right choice at the time.  I will never regret that decision.  Starting at Pixar was like strapping a fire hose to your mouth and having Stanley Spadowski tell you that you found the marble in the oatmeal.  So much wisdom, so little brain capacity!  But the longer I was there, the more that I realized that I could not meet my real goals and keep the firehose attached at the same time.  So I had to remove it.  I feel that, for me, I chose the better part.

Sometimes, you find your real dreams by achieving another dream.  And when it comes down to it, there is more to life than pushing pixels.

To infinity, and beyond!
Posted by Barry Zundel on Monday, November 26, 2012 7 comments: